The Missing: the True Story of my Family in World War II 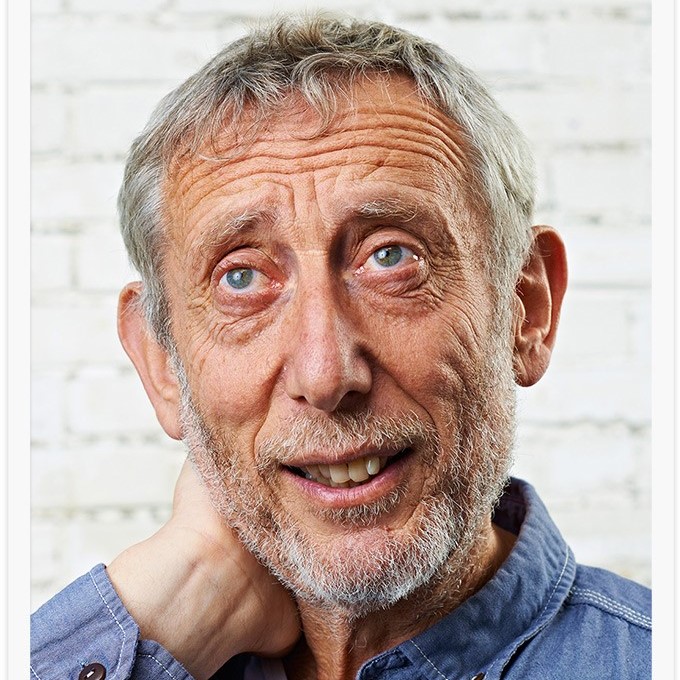 Told through prose and poetry, this is the true story of Michael Rosen’s search for his relatives who ‘went missing’ during the Second World War. When Michael was growing up, there were family stories about his paternal great-uncles, Oscar and Martin, who moved to France from Poland and then disappeared during the war.

Over many years, Michael tried to find out exactly what happened. “No one in my family knew anything about them, and this frustrated me beyond words. It meant the Nazis has succeeded. And the last thing I wanted was for them to have won” he writes.

The story he uncovered starting with fragments and memories is one of persecution and tragedy. Out of it he has found a way to talk to children about the Holocaust.

Michael Rosen is a novelist, poet, broadcaster, performer and former Children’s Laureate. He is the author of over 140 books, mostly humorous and mostly for children.  ‘Going on a Bear Hunt’ has sold over 8 million copies!

He is Professor of Children’s Literature at Goldsmiths College, University of London and holds honorary degrees from the Universities of Exeter, East London, the West of England, Nottingham Trent and the University of London’s Institute of Education.  In 2008 the French government presented him with the Chevalier de l’Ordre des Arts et des Lettres.

Michael campaigns widely and vigorously on issues of education and literacy and regularly takes the government to task on matters relating to schools and teaching in his ‘Letter from a Curious Parent’ in the education pages of the Guardian. He is the presenter of Radio 4’s ‘Word of Mouth’, which examines the English language and the way it is used.