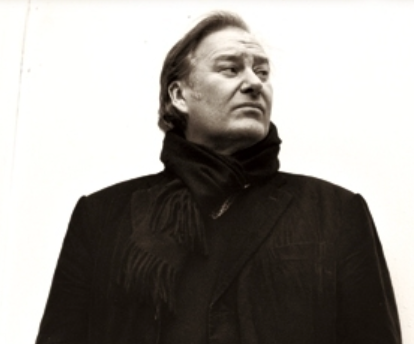 In his book Bacon in Moscow James Birch tells the story of the evolution of an exhibition that was at the artistic and political heart of a sea of change that culminated with the fall of the USSR. His funny and personal memoir is the account of his audacious attempt to mount the ground-breaking retrospective of Francis Bacon’s work at the newly-refurbished Central House of Artists, Moscow in 1988.

Side-lined by the British establishment, Birch found himself at the heart of a honey-trap and the focus for a picaresque cast of Soviet officials, attaches and politicians under the forbidding eye of the KGB as he attempted to bring an unseen western cultural icon to Russia during the time of ‘Glasnost’, just before the fall of the Berlin Wall.

James Birch has been a promoter of modern art exhibitions both in the UK and overseas for over 30 years. He has shown such luminaries as Gilbert & George, Breyer P-Orridge, Eileen Agar and Denis Wirth-Miller amongst many others.

It was also in the web of Soho’s shebeens where, with no persuasion, the legendary painter Francis Bacon agreed to become the first Western artist in over thirty years to exhibit in the USSR.

Having found his diaries during lockdown last year, James embarked on retelling the extraordinary story of this rare intrusion of Western culture during the time of perestroika and glasnost. Amid a flood of memories, he draws the Moscow of 1988 in uproarious, picaresque detail – from the cast of attaches, bureaucrats, and agents to the common humanity of the everyday visitors to one of the most remarkable exhibitions of the 20th century.