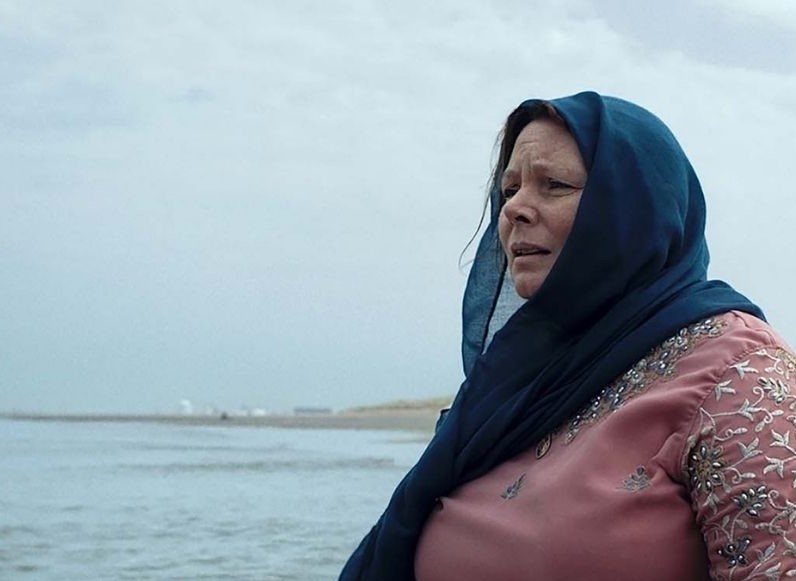 Set in Dover, Aleem Khan’s first feature film is a tale of secrets and lies, a portrait of people caught between identities and cultures. Joanna Scanlan plays Mary Hussain, an English Muslim married to Ahmed, a ferry captain. After Ahmed’s unexpected death she discovers that the husband she thought she knew had another life across the Channel in Calais This shocking discovery compels her to go there and find out more but as she struggles with her grief and shattered identity, her search for understanding has surprising consequences. Joanna Scanlan gives a masterclass in the dramatic power of understatement.