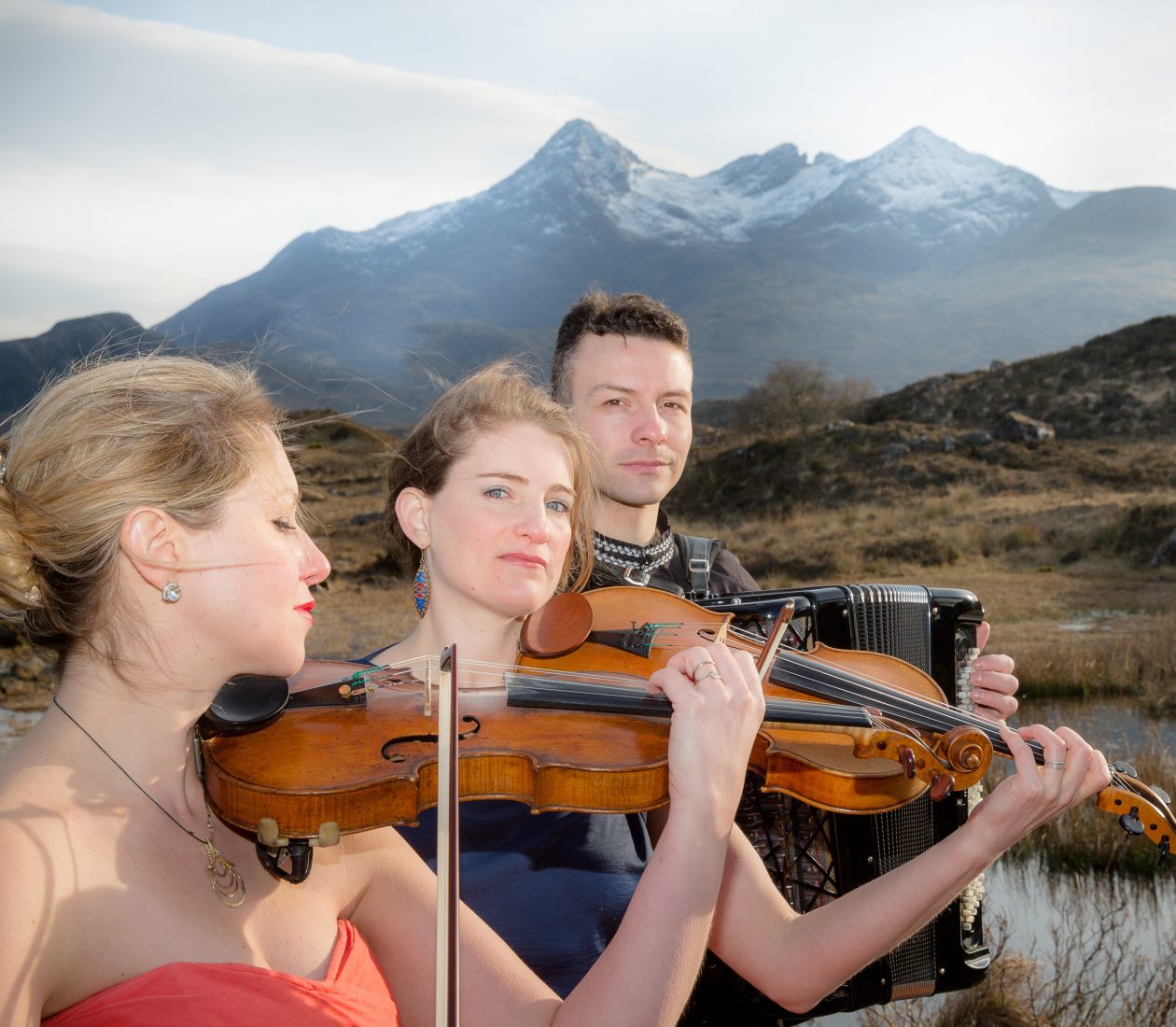 The Kosmos Ensemble, violin, viola, accordion, have crafted a programme inspired by music from around the globe. Wild Gypsy fiddling, fiery tango, emotive Jewish and Greek music, Scottish reels and interpretations of Japanese, Polish and Swedish songs, plus new arrangements by and for the ensemble.

Kosmos has performed to great acclaim throughout the UK and internationally including tours of Poland, Italy, Spain, Greece, Channel islands. They have performed live on BBC Radio 3 and Classic FM. In 2018, the acclaimed composer Errollyn Wallen wrote a Triple concerto for Kosmos which was premiered at the Jersey International Liberation Festival’s Royal Opera House. Other performances have included the headlining concert of the Festival of Chichester in Chichester Cathedral. Kosmos recently released their third album on the Nimbus Label to critical acclaim.

“Telepathic rapport, dazzling virtuosity, serious scholarship, intellectual curiosity and impeccable musicianship, I defy you not to be mesmerised” — The Times

Each member of the ensemble is a classically-trained soloist in their own right.

Miloš Milivojevic: Serbian classical accordionist, awarded a full scholarship at the Royal Academy of Music, winner of many international competitions and the prestigious Derek Butler London Prize at the Wigmore Hall – contested by students from all four of the London conservatoires. He has recently released his debut solo album on the Nimbus Label. “a hurricane of imaginative invention” – The Times

Tickets:
HLSI Members: £15 in advance
Non-Members / Members on the door: £18 (depending on availability)
Wherever possible, please book by 1pm on the day of the event
Complimentary wine or soft drinks after the performance