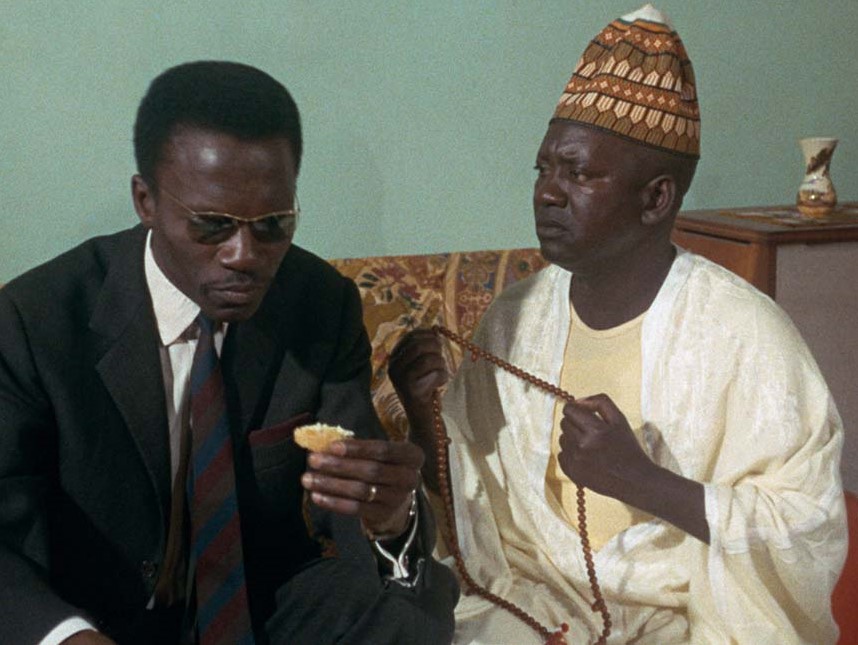 Mandabi is based on Sembène’s novel The Money-Order (Le Mandat) and is the director’s first film in his native Wolof language. Since most of the Senegalese population do not understand French, Sembène wanted to create cinema for Wolof speakers. This is believed to be the first full-length African language film from West Africa. An unemployed Senegalese Muslim lives with his two wives and seven children in Dakar. His nephew sends him a money order from Paris worth 25,000 francs, which he has saved from working as a street sweeper. The film, although partly comedy/satire, explores themes of neo-colonialism, religion, bureaucracy, corruption, and relationships in Senegalese society.