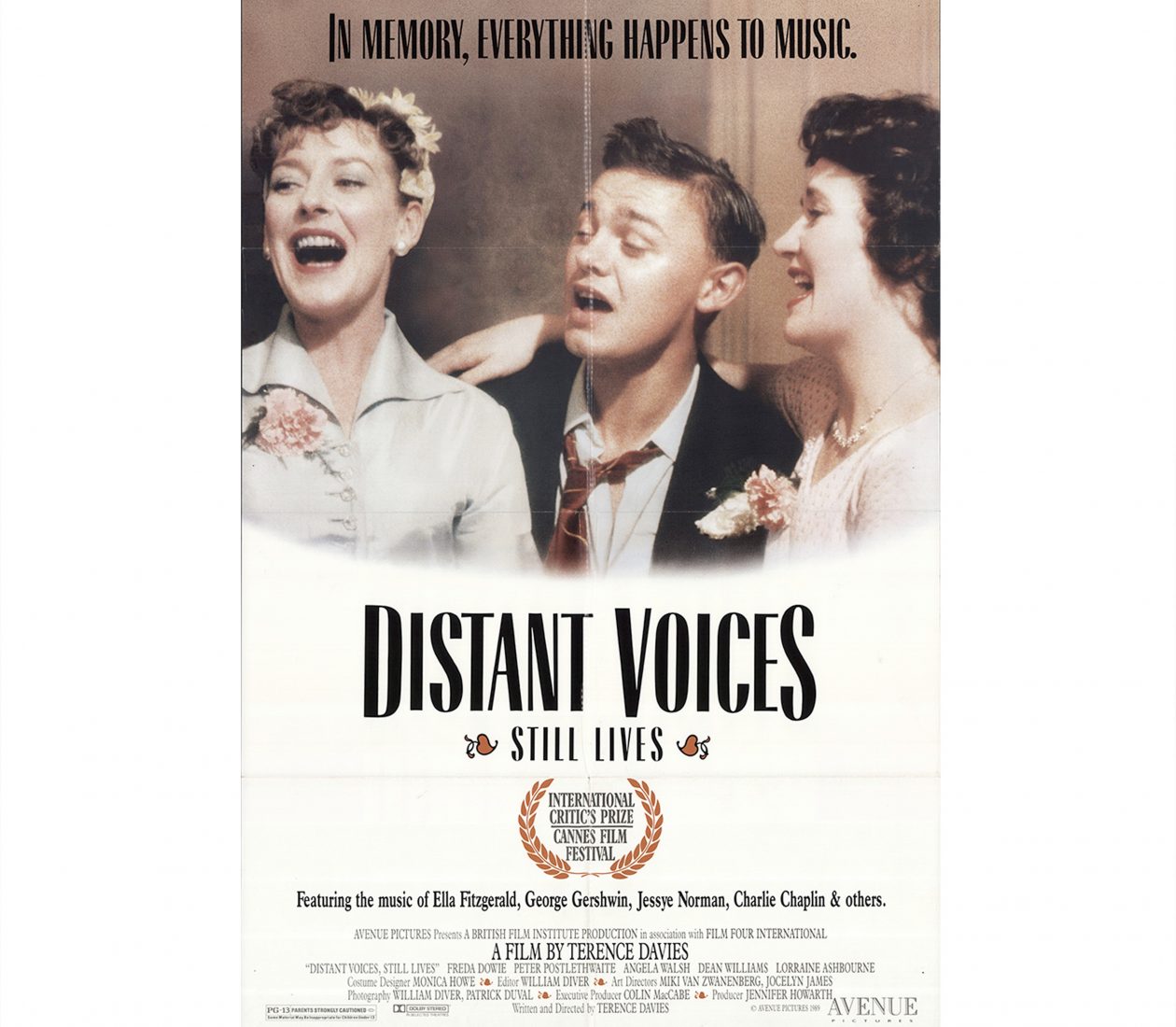 Set in a tightly-knit working-class community in 1940s and 1950s Liverpool, this remarkable film successfully blends drama and music: popular songs from the era are sung by members of the cast in pubs, round the piano, in the street.  Music is, in fact, the backbone of the film, giving the characters a voice beyond their otherwise difficult lives. Distant Voices chronicles the early life of the family under a domineering father, while Still Lives sees the children grown up and moving away into the brighter 1950s.  Described as ‘Britain’s forgotten cinematic masterpiece’ when the film was re-released in 2007, the film was also ranked third in a poll to find the 100 best British films of all time.