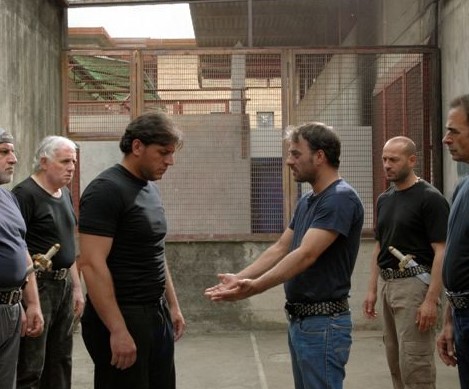 Set in the high-security Rebibbia Prison outside Rome, this thought-provoking, award-winning docu-drama follows the auditioning of some of Italy’s most notorious prisoners through to their final performance of Shakespeare’s Julius Caesar.  As rehearsals progress, the inmates come to see the relevance of the play’s themes to their own lives and attain some sense of the fulfilment and hope that artistic expression can bring. Director Paolo Taviani said that he hoped cinema-goers would ‘say to themselves or even those around them… that even a prisoner with a dreadful sentence, even a life sentence, is and remains a human being’.