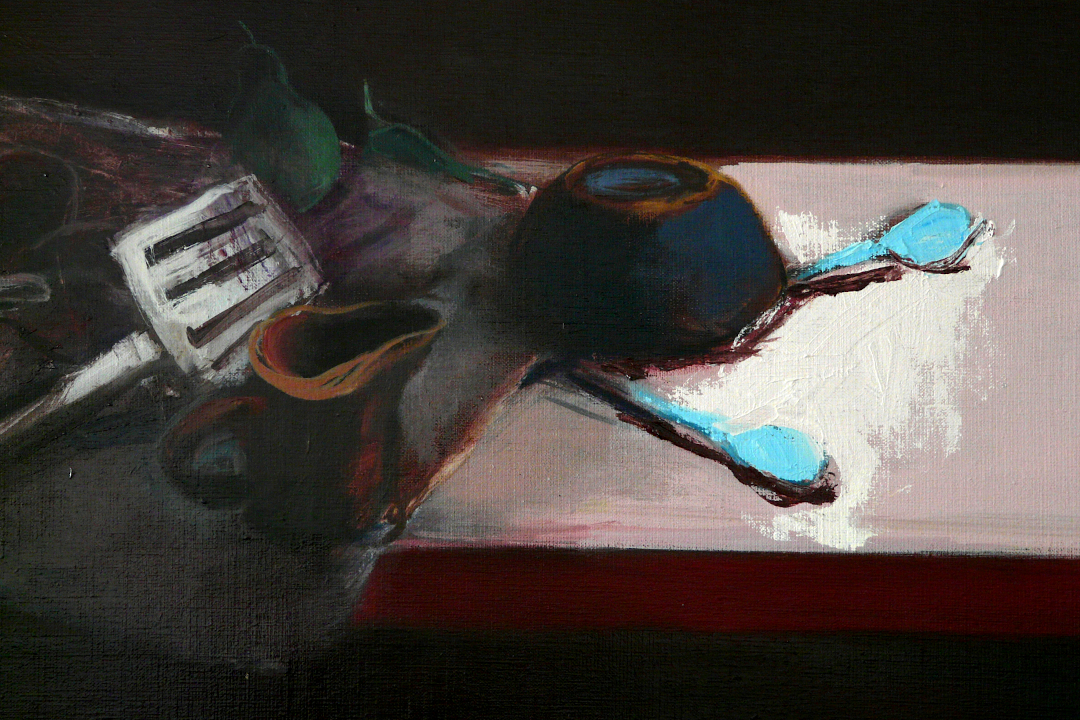 What’s in a Jug?
Paintings and etchings by Jason Sumray
11th to 24th September 2020

Jason Sumray brings together a series of oil paintings and etchings that are invented Still Lifes. He takes ordinary objects and gives them new meanings; grouping and juxtaposing them as if they are protagonists in his table- top dramas.

The series began with an interest in images where the human presence was still strongly felt but figures were absent. In time, he has become more concerned with a different kind of ‘narrative’ played out in his imaginary theatre world of objects; where, in the tradition of Still Life, the things seem to exist autonomously regardless of human involvement, and what is important is their relationship to one another and to the empty space.

His interest in the language of light and dark has been extended into the discipline of etching using solely black ink. He loves the blackness of the medium and how it’s possible to play with way the forms that  emerge or disappear into the darkness, where edges are lost and then re-emerge. He etches from his paintings. They inform each other.

Jason Sumray lives and paints in North London. He has exhibited in various galleries in London and elsewhere over the years .He won the Discerning Drawing Bursary in 2011 and was joint winner of the Marshwood Arts Award in 2017. His series of paintings based on Samuel Becketts ‘Krapps Last Tape’ were exhibited as part of the inaugural International Beckett Festival 2012, Enniskillen NI. In 2016 he was proud to curate the exhibition of paintings of his friend and mentor Ron Delavigne at the Highgate Gallery. 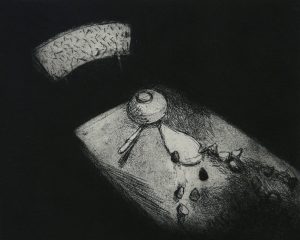 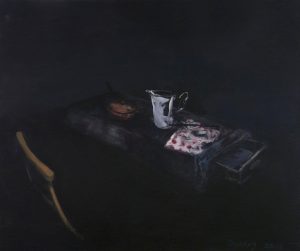 Jug with Serviette & Open Drawer I / Oil on canvas

Lecture: Island Stories: Britain and its history in the age of Brexit