The Pablo Neruda Paradox: a poet’s passion for science 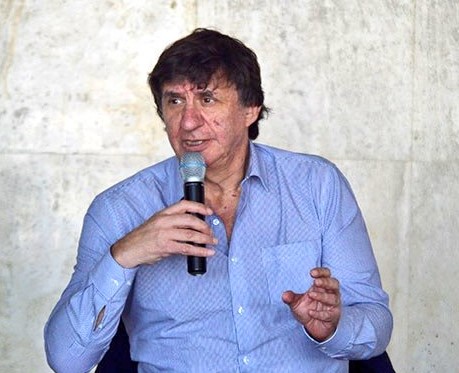 THIS IS A REPLACEMENT LECTURE

Pablo Neruda, the great Nobel Prize-winning poet, grew up in southern Chile, a lonely, sickly boy whose chief obsession was reading and writing poetry-until his train-driver father decided to take him through nearby forests, fuelling his son with a passion for the natural world and a fascination with science.

In this talk, Adam Feinstein will demonstrate, using his own English versions of Neruda’s poems, how his father unwittingly provided the inspiration for much of his son’s work – including a whole book dedicated to Chile’s bird life. He will also explore Neruda’s intriguing friendships with a number of prominent scientists of the day.

Adam Feinstein is an author, poet, translator, Hispanist, journalist and autism researcher. His biography, Pablo Neruda: A Passion for Life, was first published in 2004 and re-issued in an updated edition in 2013. His new book of translations, The Unknown Neruda, appeared in 2019 followed by translations of the Nicaraguan poet, Ruben Dario, in 2020.

As well as lecturing around the world, he broadcasts regularly for the BBC, as well as writing for the Guardian, Observer, FT and TLS. His own poems and translations have appeared in many magazines including Modern Poetry in Translation.