The Life of Charles de Gaulle 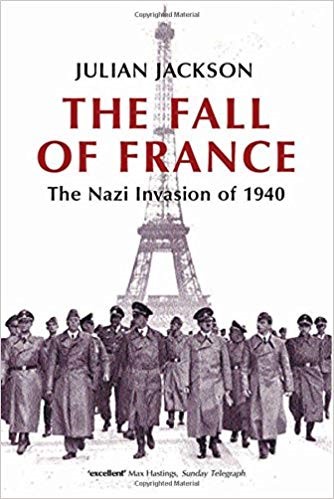 Julian Jackson is Professor of History at Queen Mary College, University of London and Fellow of the British Academy and of the Royal Historical Society.  He is one of the leading authorities on twentieth-century France.

His most recent book is A Certain Idea of France: the Life of Charles de Gaulle, a 900-page, definitive biography of the historical figure the French most admire. It draws on a vast range of published and unpublished memoirs and documents – including the recently opened de Gaulle archives – to show how de Gaulle achieved so much during the war when his resources were so astonishingly few and how, as President, he put a medium-rank power at the centre of world affairs. No previous biography has depicted his paradoxes so vividly. Much of French politics since his death has been about his legacy, and he remains by far the greatest French leader since Napoleon.

A Sunday Times, The Times, Daily Telegraph, New Statesman, Spectator, Financial Times, and TLS  book of the year, A Certain Idea of France has been described by Max Hastings as ‘masterly … awesome reading … an outstanding biography’.

Julian Jackson’s previous books include France: the Dark Years and The Fall of France, joint winner of the Wolfson prize in 2004.

Gallery: What’s in a Jug?