The Heath in the Waves 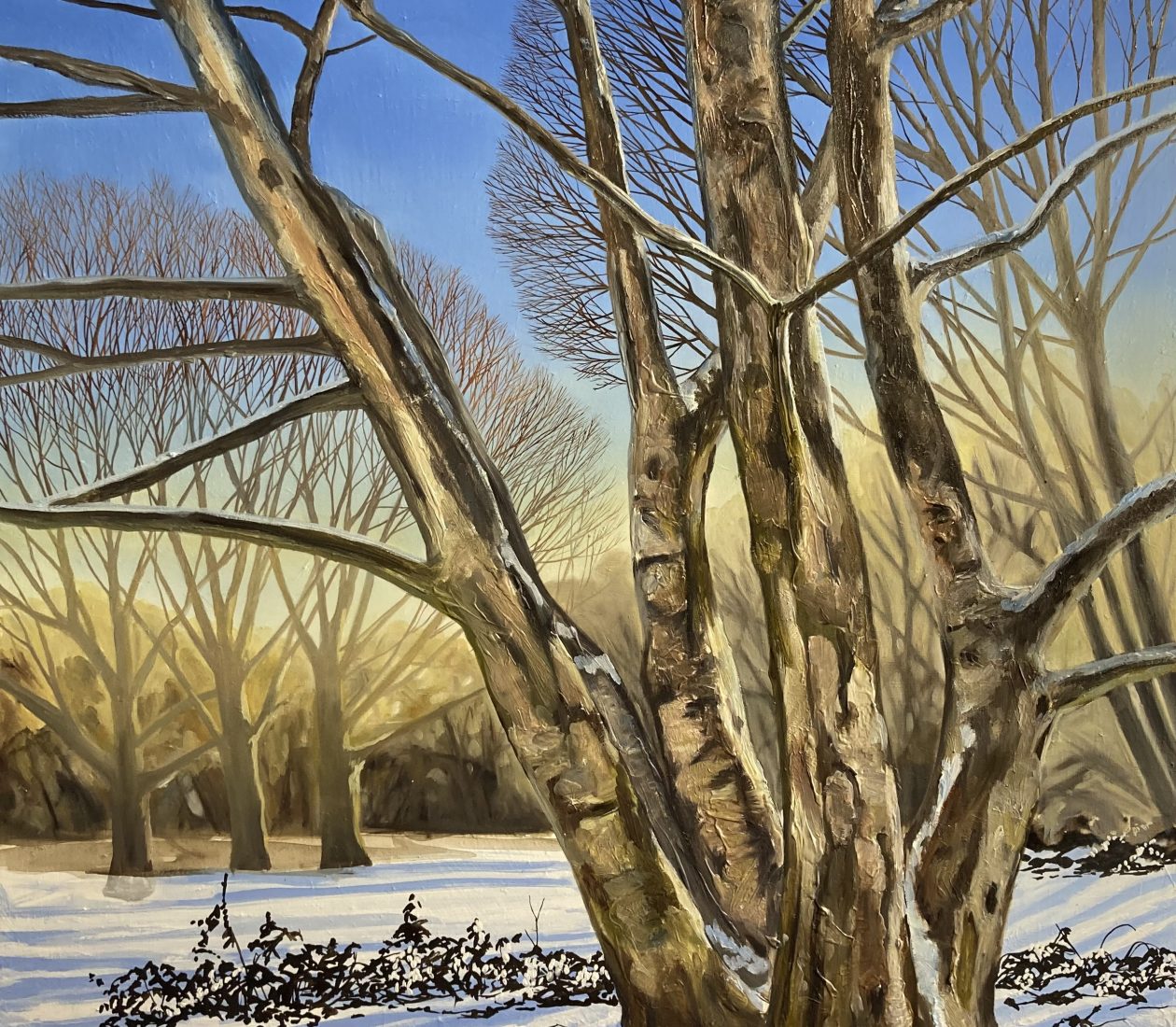 In 2020 and 2021, when waves of pandemic locked down London and elsewhere, the Heath became a place of escape and refuge for many.  Rachael Weitzman’s exhibition of paintings made during this period is a celebration of the Heath and the ancient trees that live there. 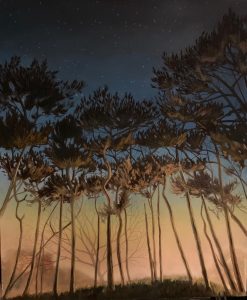 Rachael describes these paintings as ‘portraits’ of trees, the paint forming a lattice of trunks and branches, dappled with light or silhouetted against the sky – characterful and strange, rather than pretty or picturesque.  Her inspiration comes from Japanese prints as well as 20thCentury abstraction; she uses different elements to produce a particular style that conveys the solidity, scale and unique ‘personality’ of each tree. 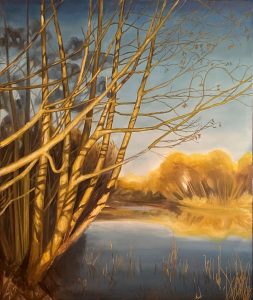 When she first visited the Heath she was amazed at its size, losing her bearings and loving the feeling of being in an endless wilderness.  As she says, “There is something really magical about this area of woodland.  It’s so unusual, even outside London, to find such ancient trees in non-agricultural land.  The people who manage it have done such a fantastic job of maintaining it in an unspoilt way”.

It is now 150 years since an Act of Parliament saved the Heath from development, after a long campaign by activists to save it.  In recognition of the history of the area, its beauty and the way in which it has been of such solace to so many in recent times, ten per cent of sales from this show are being donated to Heath Hands, a charity which organises volunteers to maintain, conserve and educate people about the Heath.

Rachael Weitzman has lived in North London for most of her life.  She went to Chelsea College of Art and Design in 1992 and taught there for a number of years while painting and exhibiting at various galleries and art spaces in London.