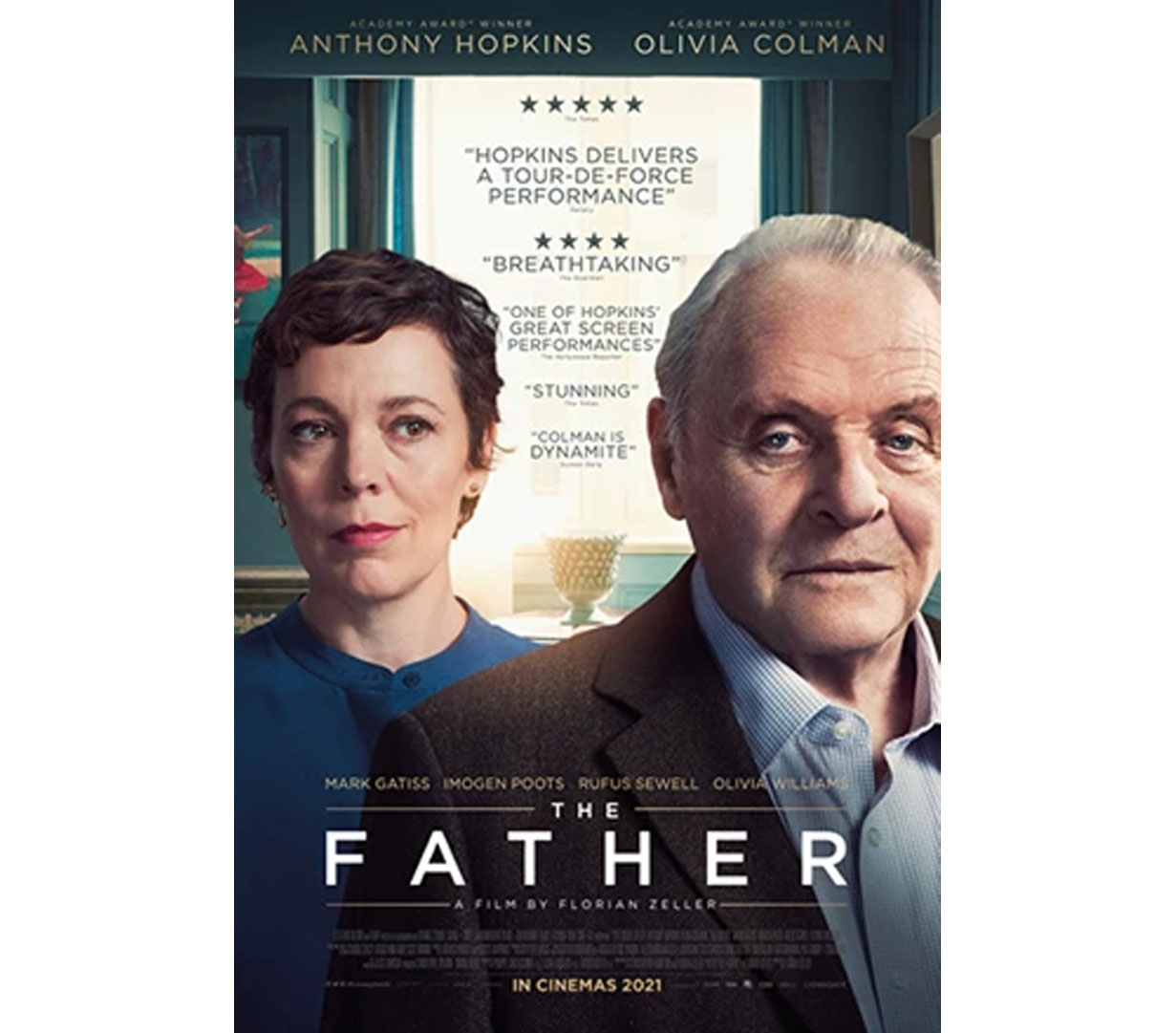 The Father is a psychological drama directed by Florian Zeller in his directorial debut. He co-wrote the screenplay with fellow playwright Christopher Hampton based on Zeller’s 2012 play Le Père. The film follows an octogenarian man living in London with dementia. It places us in the mind of someone losing his mind – and it does so by revealing that mind to be a place of seemingly rational and coherent experience. As the father’s mental state deteriorates, we see how he rejects and confuses his family and carers. A heart- rending portrait of dementia. The film won 2 Oscars: Anthony Hopkins for Best Actor and Florian Zeller and Christopher Hampton for Best Adapted Screenplay.