Searching for Lost Tombs in Egypt and Archives

Dr Chris Naunton is an Egyptologist, writer and broadcaster.  His book Searching for the Lost Tombs of Egypt was published in 2018.

An expert on Egypt in the first millennium BC and the history of Egyptology, he has published extensively on both subjects, and has presented numerous related television documentaries, including Tutankhamun: The Mystery of the Burnt Mummy (Channel 4, 2013) and King Tut’s Tomb: The Hidden Chamber (Channel 5, 2016).

He worked for many years at the Egypt Exploration Society, London, acting as its Director between 2012 and 2016. In 2015 he was elected President of the International Association of Egyptologists and in 2016 he became Director of the Robert Anderson Trust, a charity based in Highgate and Kensington that provides support for young scholars visiting London to further their studies and research. 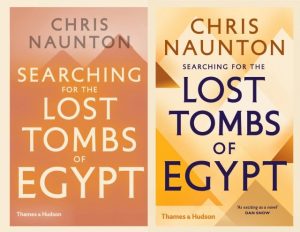