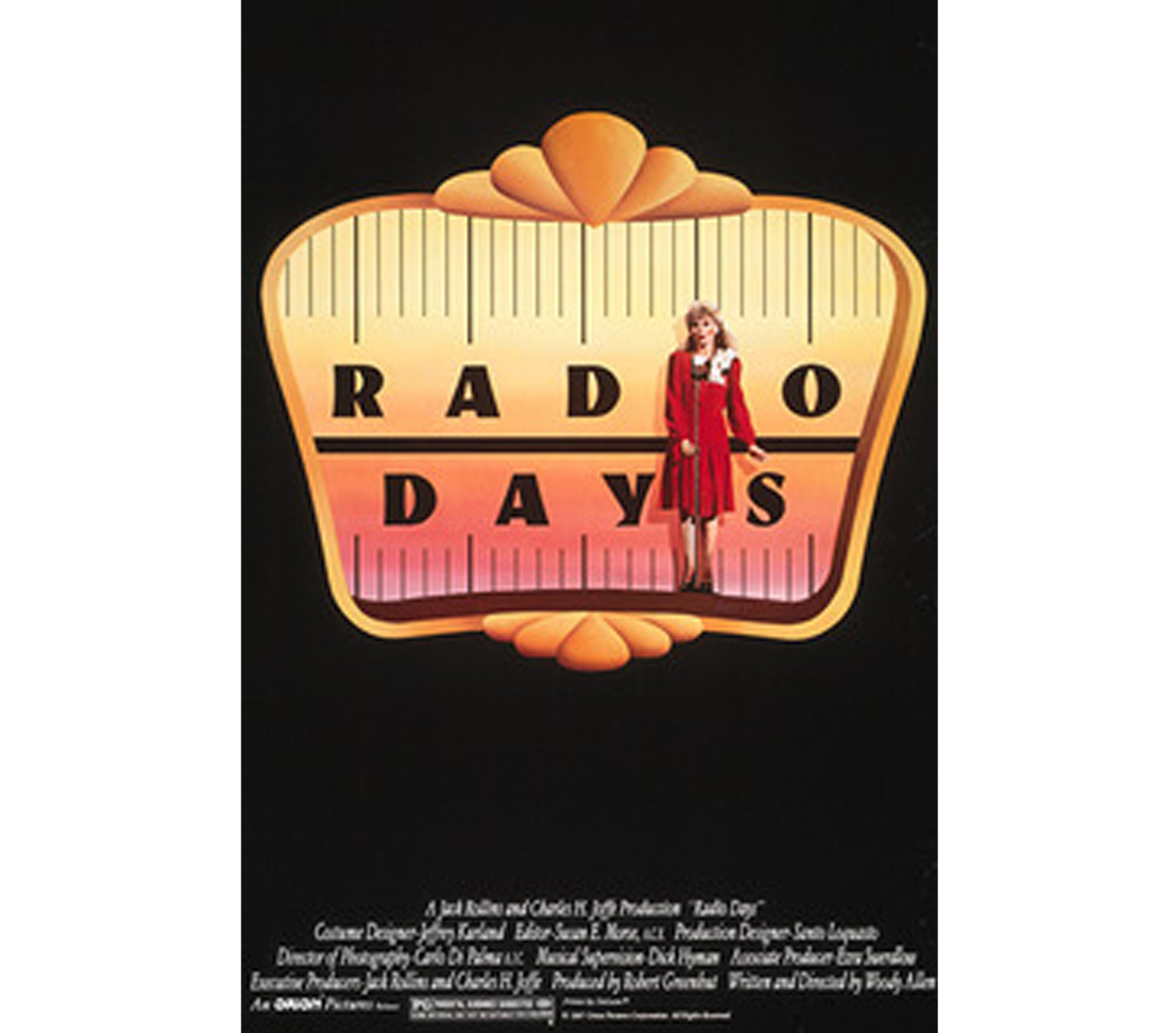 With an ensemble cast, and narrated as well as directed by Woody Allen, Radio Days is a bittersweet, nostalgic look back on an American family’s life during the golden age of radio, using popular music from the 1930s and 1940s to link together dozens of vignettes from a kaleidoscopic host of characters.  Ambitious in scope, yet perfectly balanced and beautiful to look at, this is a warm, affectionate tribute to the radio, and one which Allen himself regarded as his best, most confident work.

Please book a seat by 1pm on the day of the film.