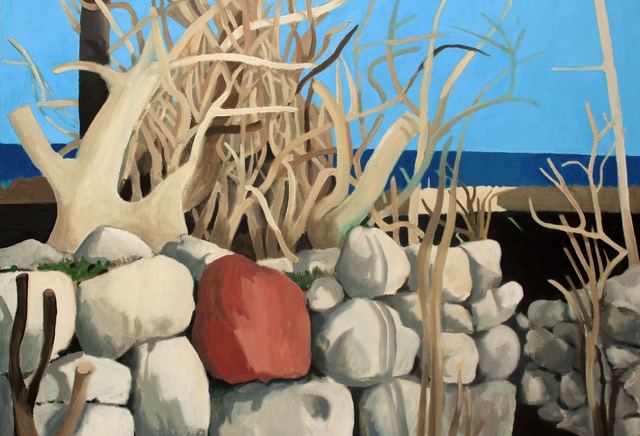 These three artists, friends since art college, share a common interest in figurative and landscape themes, their work reflecting a love of both traditional painting and its modern counterpart. 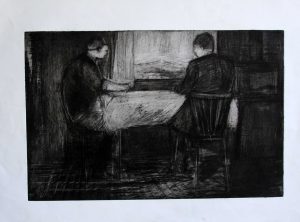 The inspiration for Ken Gallagher’s work is his family in Ireland and the moody Donegal landscape. Figures working the land or sitting at a table are familiar subjects in his drawings and heavily worked etchings. His London work is motivated by the landscape and aspects of day to day life in the city. 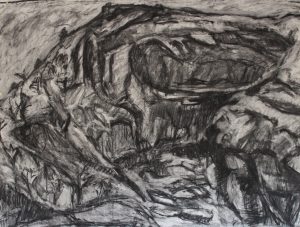 John Mortimer’s work is mainly concerned with the urban and rural landscape and the human figure. All his works begin with drawing directly from the subject and later he develops the ideas in his studio where the challenge is to make pictorial sense from what is essentially visual chaos. In recent years, John has worked on a series of self-portrait images, painting directly from life, a subject he first approached in his late fifties. 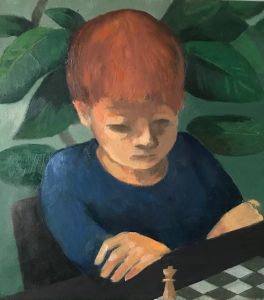 Anthony Taylor is strongly influenced by expressionist painting, but he has always sought an individual approach, believing that experience and observation are the bedrocks of meaningful work. He is a keen lover of the outdoors, in particular the high moorland tracts and rugged landscapes found in the North West of England. His recent landscape work, featuring old and decrepit dry-stone walls, makes a striking contrast to the paintings of the dry-stone walls – the paret seca – of Minorca, which he recorded whilst there on holiday.

About the artists: Ken Gallagher studied at Hornsey College of Art and the Royal Academy Schools, London. He lives in East London, dividing his time between Ireland and England. John Mortimer studied at Accrington College, Liverpool Polytechnic Faculty of Art and Design and the Royal Academy Schools. He is based in East London. Anthony Taylor is a northern based artist who trained at Accrington College and Liverpool College of Art. He has exhibited widely throughout the North West of England having held solo shows in Liverpool, Bury, Manchester, Leeds and many other venues. His work is in both private and public collections.

For further information about any of the artists please contact: Anthony Taylor
Coordinator for Highgate Gallery: Alison De Cleyn