One hundred years on – why read Ulysses? 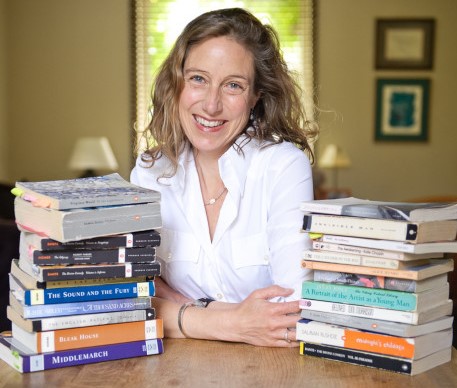 First published on 2 February 1922 – James Joyce’s 40th birthday – UIysses was immediately controversial, described by one Irish critic as ‘the most infamously obscene book in ancient or modern literature’. This huge and for some readers intimidating text has topped lists of the greatest books of all time since its first publication. It has also developed a reputation as one of literature’s most lauded but least read books.  One hundred years on, is it still worth reading? Toby Brothers will explain why she believes the answer is emphatically ‘Yes’.

Toby Brothers conceived and developed the Literary Salon in Paris before moving to London in 2005. Over more than a quarter of a century, in France, the USA, Japan and beyond, as well as in the UK, she has taught and led literary seminars on themes ranging from creative writing to women’s literature and film, from Black American literature to world religions and wisdom traditions, not forgetting Shakespeare, Proust and Joyce. Her students include adults and secondary and primary school pupils.