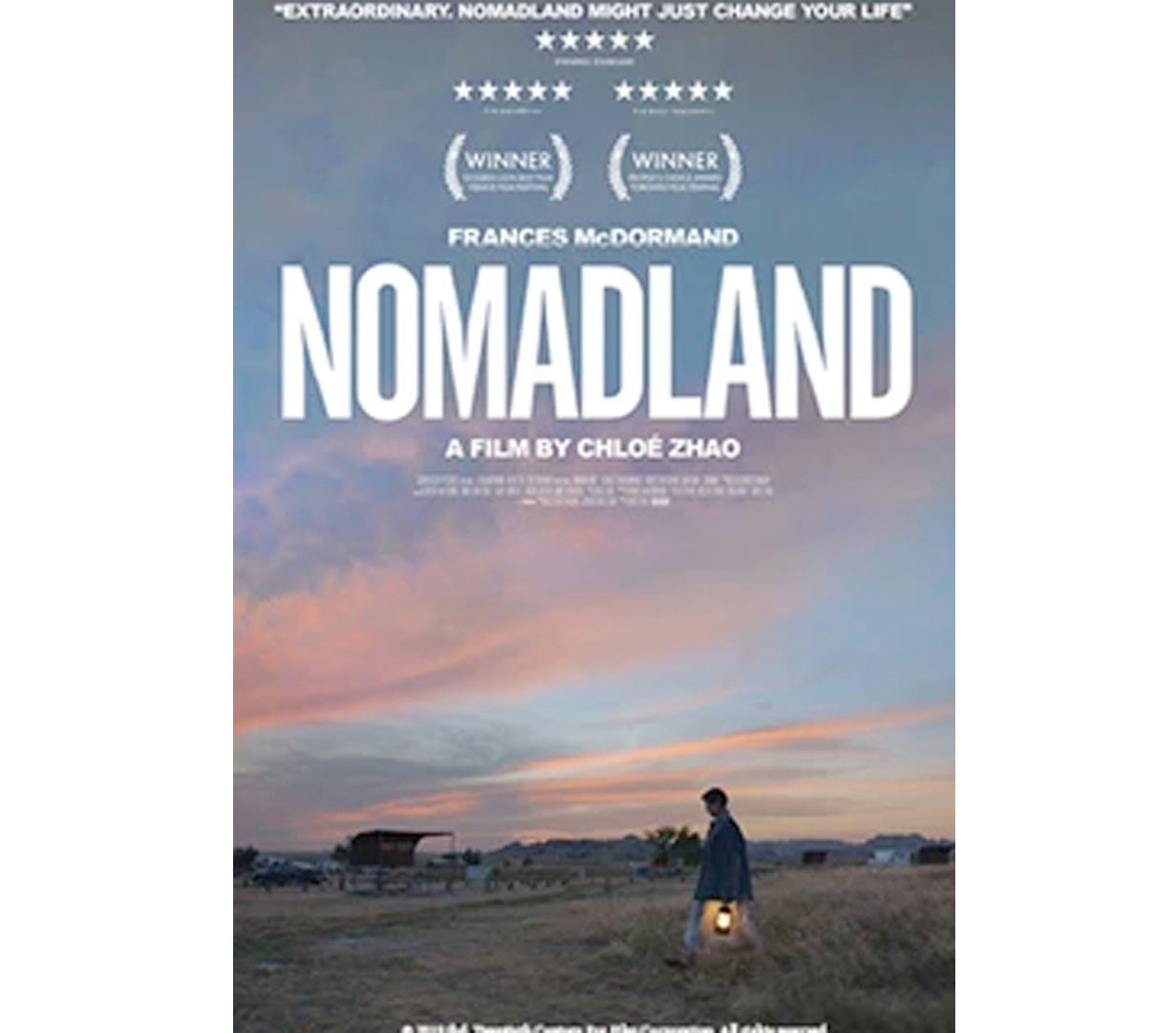 Nomadland is based on the study of the same name by Jessica Bruder. The film tells the story of Fern who loses her long-term job and then suffers the death of her husband. There is no work in her area, so Fern buys a van to travel the country in search of a job. A friend then introduces her to the nomad community in America who take to the road as a way of life. Fern is increasingly drawn to try it out and along the way, she makes new friends and also becomes close to a fellow-nomad, Dave. But when the latter invites Fern to come and settle with him near his family, she declines and goes back to life on the road. Nomadland won the 2020 Venice Film Festival Golden Lion award. At the 2021 Academy Awards the film won Best Picture, Best Director and Best Actress for Frances McDormand.