Island Stories: Britain and its history in the age of Brexit 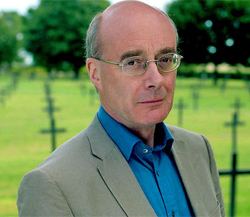 David Reynolds is Emeritus Professor of International History, a Fellow of Christ’s College, Cambridge and a Fellow of the British Academy. His last outing to the HLSI was five years ago, when he came to talk about his book The Long Shadow: the Great War and the Twentieth Century, for which he was awarded the PEN Hessell Tiltman Prize. He is a prolific writer (eleven books so far) on both World Wars and on Anglo-American subjects. He won the Wolfson Prize in 2004 for In Command of History: Churchill Fighting and Writing the Second World War.

As well as teaching and writing, David Reynolds has made some of the most riveting documentary films on BBC television.  He wrote and presented a three-part series based on The Long Shadow and another trilogy about World War II.  He also made a critically acclaimed ninety-part historical series entitled ‘America: Empire of Liberty’ for BBC Radio 4.

Island Stories: Britain and its History in the Age of Brexit is his most recent book. According to The Literary Review, ‘this is big history with a light touch that will challenge and entertain anyone interested in where Britain has come from and where it is heading.’ 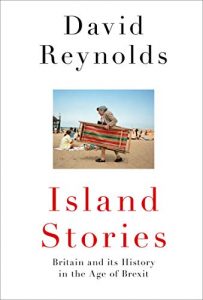