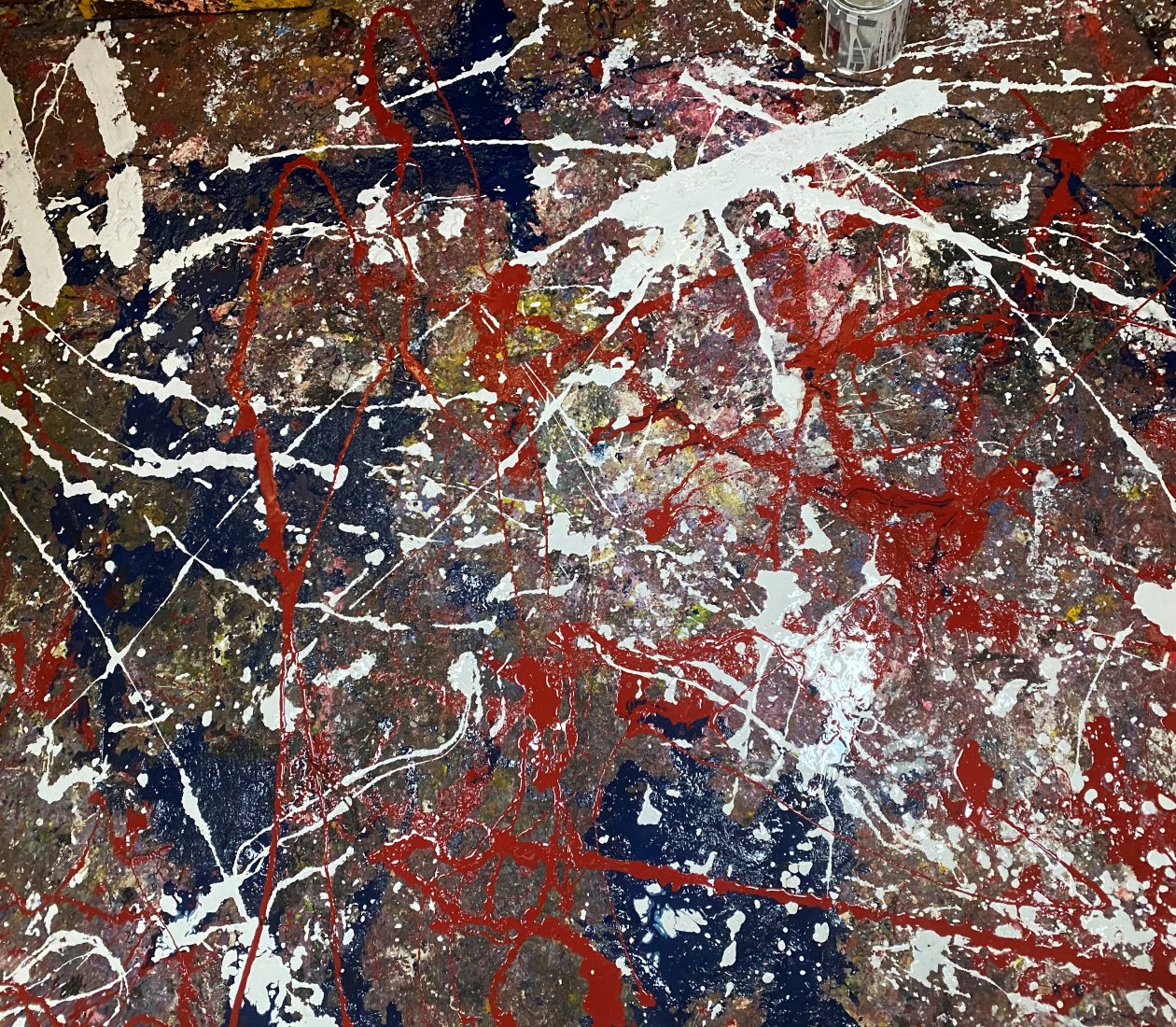 “You wouldn’t confuse him with anybody else.  He doesn’t look like anybody else.  His work looks just like what it is –  and that is a Phil Diggle.”  Mel Gooding, art critic.

This exhibition, his seventh at Highgate Gallery, marks a new departure for acclaimed artist, Philip Diggle, who is inspired by an enduring fascination for the physicality of oil paint and the “intense physical process” he calls painting.

Wildly exuberant and massive, his large-scale abstract paintings in oil and enamel fill the gallery with an almost untamed energy.  Painted on canvas tarpaulin, the overall impression is of action, of power straining to be let loose.  By contrast, alongside these works sit smaller expressionistic self-portraits, and other heads, their surfaces heavily encrusted.  As well as expressing the turbulence of the ‘here and now’, they have a positivity and stability that is ultimately life affirming.  Philip says of his work, “My Dionysiac perpetual mobile is an attempt “to grasp authentic being by action, decision, a leap of faith”.

As critic Mel Gooding put it, Diggle’s paintings are “a fantastic celebration of colour and texture and atmosphere…enlivened by a constant play of oppositions, each an abstract drama of visual events, a material metaphor for the invisible dynamics of the world it reflects.” 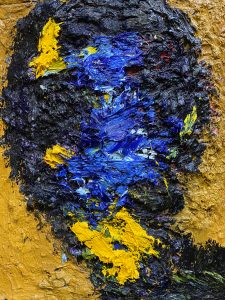 In addition to the works on the walls, Philip will have smaller unframed works on paper available at weekends which reflect themes of the exhibition as a whole.

Philip Diggle’s roots are in the Manchester punk scene though he has lived in Highgate for thirty years.  As well as shows at Highgate Gallery, he has exhibited at the Royal Academy and in Berlin, Paris, Barcelona and New York. His work is held in collections at Chase Manhattan Bank and the Rockefeller Center in New York, at Caius College, Cambridge and in many boardrooms and private collections.

For further information about Philip Diggle, see his website

For further information about the show:  Philip Diggle