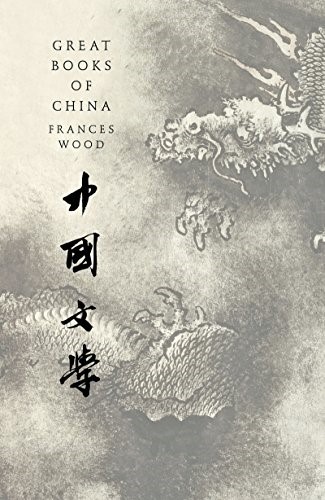 Frances Wood’s book Great Books of China explores the country’s rich history and heritage through its outstanding works of literature. The books she has chosen range from classics, such as The Book of Songs and the Confucian Analects, to more popular dramas and novels, 20th-century political  and biographical works including Quotations from Chairman Mao Tse-tung, and little-known modern writing.

Frances Wood is a distinguished sinologue and historian of China. She was Curator of Chinese collections at the British Library until 2013.  After studying Chinese at Cambridge, she studied history at Peking University as a British Council student and completed a PhD in Chinese domestic architecture at the University of London.

She gave a very well-received lecture at HLSI a few years ago based on her book Did Marco Polo Go to China?.  Her other books include Hand Grenade Practice in Peking: my part in the Cultural Revolution; The Forbidden City; The Silk Road; The Diamond Sutra and The First Emperor of China.