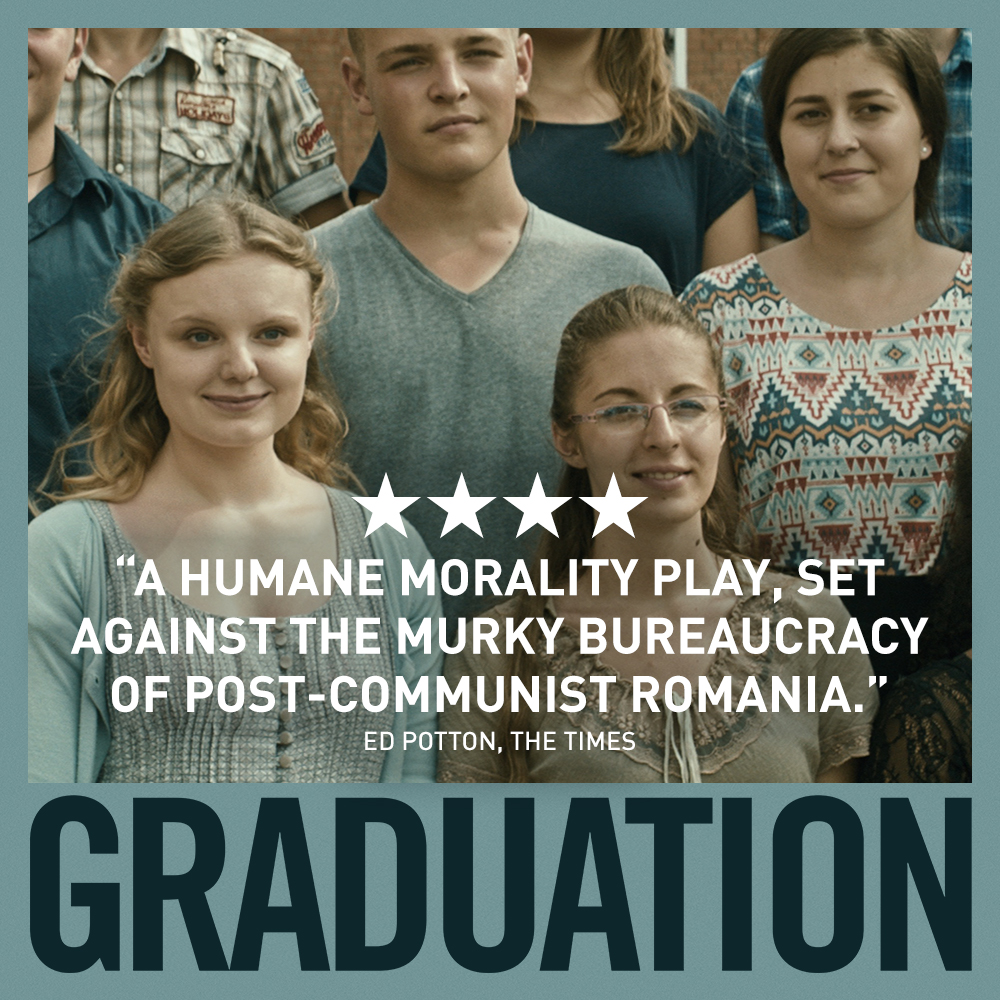 Graduation explores corruption in post-communist Romania and its corrosive effect, even on people who are fundamentally decent. The film introduces us to Romeo, a middle-aged doctor living with his estranged wife Magda and their daughter Eliza.  Romeo is obsessed with making sure that Eliza leaves school with top grades so that she can take up a scholarship to Cambridge and make a life for herself abroad.  The pressure intensifies when Eliza is attacked by an unknown assailant and left with a damaged right arm – is she going to be able to write the vital exam papers?  Frantic with anxiety about his daughter’s future, Romeo ignores his wife’s protests and makes a corrupt deal with the local powers-that-be which will ensure his daughter’s success.

Advance bookings only. Doors open at 7.45pm.  Film starts at 8pm.
£7 per person. Please book by 1pm on the day of the film