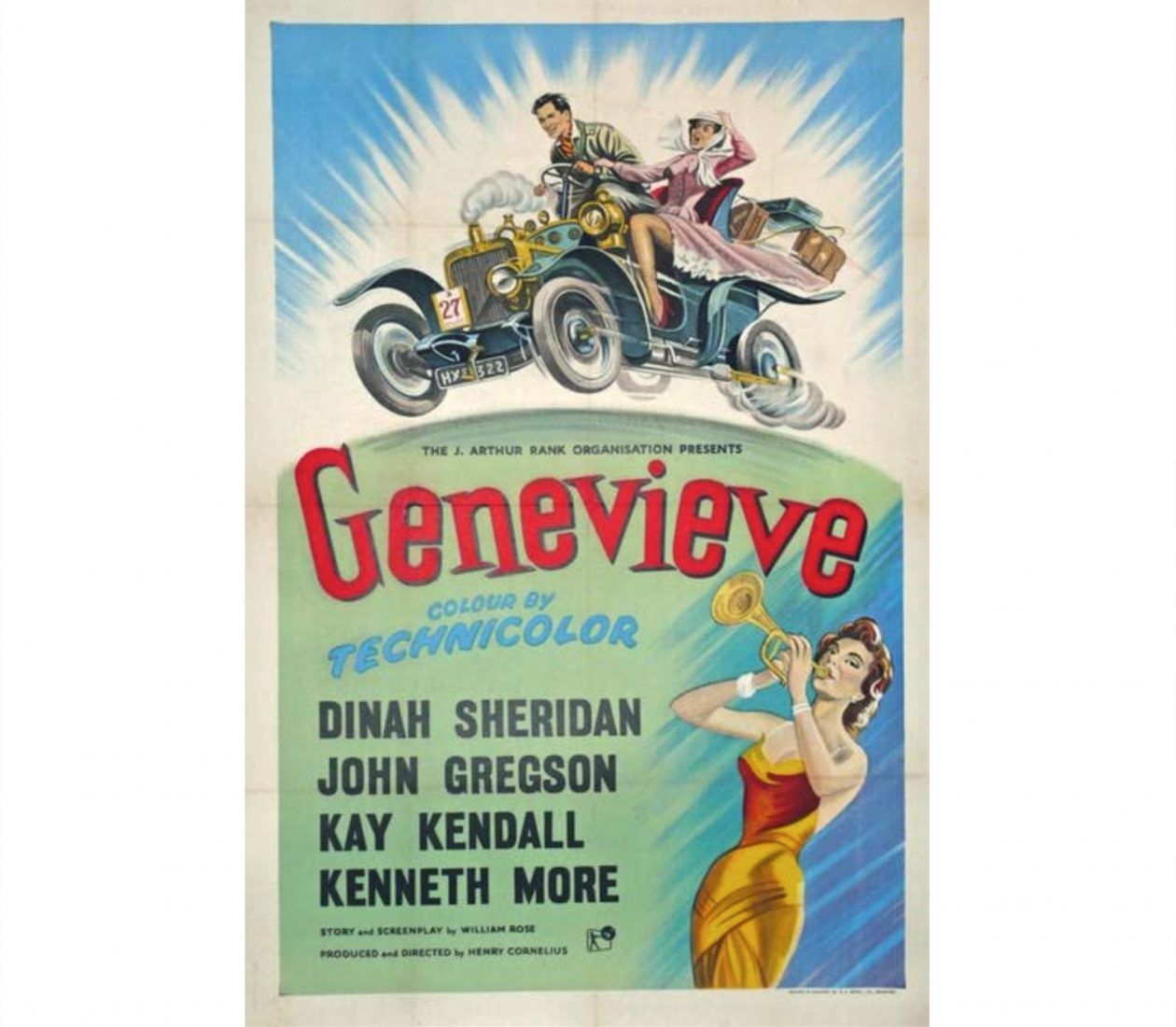 A major hit when it was first released, Genevieve is as fun to watch today as it was then – a true classic comedy. Quintessentially British, beautiful to look at, with ebullient performances from its four lead actors, and a fabulous musical theme, it is a lively and genial delight. Two couples, one driving their beloved Genevieve, the other driving their vintage Spyker, set out to race from London to Brighton: the competition between them soon revs up to the max, with each driver devising increasingly ingenious ways to sabotage the other in the hope of winning.