Fusion Power… Within our Grasp? 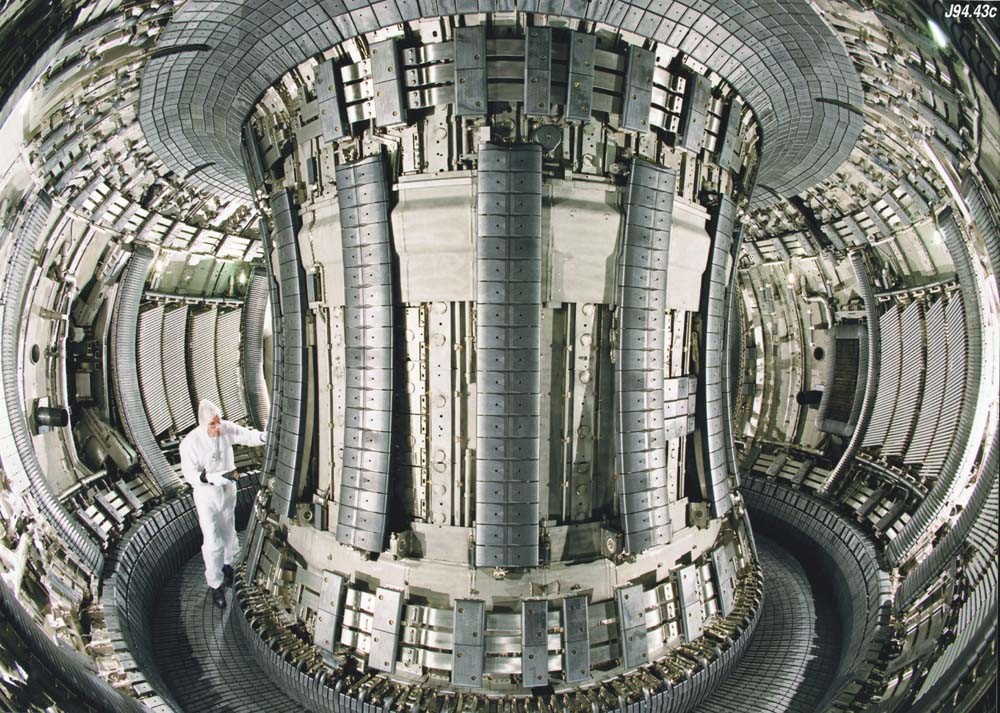 We are facing a growing problem with energy for the world population, which is growing at an astounding rate and as the standard of living is also rising, the demand for energy is rising faster than the population growth rate. The vast majority of the world’s energy comes from fossil fuel. This cannot continue indefinitely as oil reserves are finite and Global Warming means we may face a serious food shortage if the climate changes radically.

Renewables are providing only a few percent of the energy for the world and almost all renewable with the exception of hydroelectric dams, are “in addition” to power stations and not “ instead of” power stations and so cannot be relied upon for “base-load” energy supply continuously.

Nuclear fission has contributed a significant amount to the base-load supply, but there are issues with this technology, and so researchers are examining using Nuclear Fusion, the process that keeps the sun hot, as hydrogen is transmuted into helium releasing energy in the process.

The talk will cover this world energy issue and then move on to showing what Nuclear Fusion is, and how it is being researched using the machines in UK (JET) and the latest machine in France (ITER).  I will endeavour to show the progress toward putting Fusion generated electricity onto the grid within our lifetime.

Robin Stafford Allen
I am a Fellow of the Institution of Mechanical Engineers, and started my professional life in the Motor Industry with a branch of General Motors — Vauxhall/Bedford in Luton. I worked there as a Student Apprentice and gained my BSc (Birmingham, 1972) in Mechanical Engineering while training with GM.

After a Masters in Bio-engineering at Surrey (1976) I worked for several years on the engineering of the first generation of MRI magnets and cryostats with Oxford Magnet Technology, then part of Oxford Instruments.

I joined Culham in 1992, and have worked in Cryogenics and in the Heating and Fuelling of plasmas on-and-off ever since.

I recently spent a sabbatical six years as Director of Engineering for a small tenant company on the Culham site designing and constructing a large 1-metre-bore special superconducting magnet for the AMS-2 experiment (a mass-spectrometer) which was launched on the penultimate Shuttle flight to the International Space Station.

Five years ago I retired from working full time at CCFE on the mechanical engineering of the plasma-heating equipment for the ITER machine, and the British fusion research effort MAST machine.

I work part time for the Institution of Mechanical Engineers, lecture part-time on Engineering at Oxford Brookes University, and do some limited consultancy for CCFE.