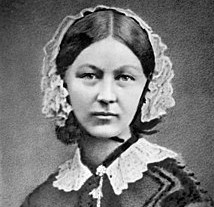 The speaker will be the historian and author Hugh Small.  Hugh graduated from Durham in Physics and Psychology and worked in telecommunications before retiring to pursue his interest in public health.  He has written two authorative books on Florence Nightingale which give a much broader understanding of the work and influence of the Lady with the Lamp.

It was Florence Nightingale who was instrumental in persuading the government to pass the 1875 Public Health Act which marked the beginning of a steady increase in life expectancy.  Although Britain’s immunity to cholera attracted most attention, it was the measures taken to curb other pandemics that were perhaps of greater import.  More recently, medical science and pharmacology have been more to the fore, and the measures introduced by Nightingale’s public health revolution have sometimes been unjustly neglected.  This has led to deleterious consequences particularly in poorer countries.