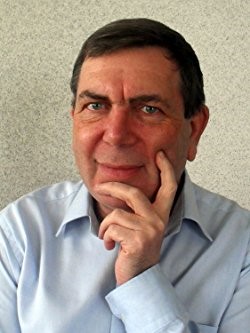 David Conway will talk on the subject of his book Jewry in Music, published by Cambridge University Press in 2012. He will discuss why and how Jews, virtually absent from western music until the end of the eighteenth century, came to be represented in all branches of the profession as leading figures – not only as composers and performers, but as publishers, impresarios and critics.

Jewry in Music was the first book to survey the history of Jews in western music in an analytical and systematic way.  Music historian John Deathridge called it ‘an excellent book about the role of Jews in the emancipation of music from the Church and the court at the end of the eighteenth century’.

David Conway is a British music historian. Born in London, he read economics and psychology at King’s College, Cambridge and later obtained a PhD at University College London where, since 2008, he has been an Honorary Research Fellow. He is a founder and director of the music festival Levočské babie leto in Levoča, Slovakia, and since 2018 Chair of Hampstead Garden Opera. In 2019-2020 he is a Polonsky Visiting Fellow at the Oxford University Centre for Hebrew and Jewish Studies. 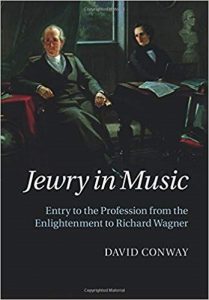