Climate Change and the BBC 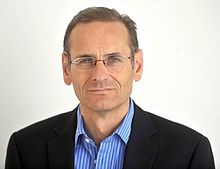 Roger Harrabin is the BBC’s Energy and Environment Analyst.  He has broadcast on environmental issues since the 1980s and has won many awards in print, TV and radio. He has also covered many major general news stories.

In September 2010 he presented ‘Uncertain Climate’, a highly-praised two-part documentary on Radio 4, which examined media depictions of climate change. He also reported for TV from a Chinese cave on how scientists are using stalagmites to decipher past monsoon patterns.  Later that year he completed a documentary outlining the difficulties faced by organisers and delegates at the 2009 United Nations Climate Change Conference in Copenhagen.   He was founder presenter of BBC Radio 4’s ‘Costing the Earth’ which was created to bring a lighter touch to environmental issues and to question environmental goals.

His reporting is dominated by risk issues. He states that often major risk issues fail to fit news criteria of novelty, drama, conflict, personality and pictures. This leads the media, he believes, to have given the wrong level of prominence to a range of risks including MMR, dirty bombs, child abduction, transport safety, exotic diseases, UK National Health Service ‘crisis’, the Brent Spar oil platform, nuclear power and genetic modification.  He argues that the media should find new ways of exploring long-term risk issues like preventive health and security of water, food, energy and climate.

He is a Visiting Fellow at Green Templeton College, Oxford, an Associate Press Fellow at Wolfson College, Cambridge and has received an Honorary Doctorate of Science from Cranfield University.

Lecture: The fall and rise of the Venice Campanile