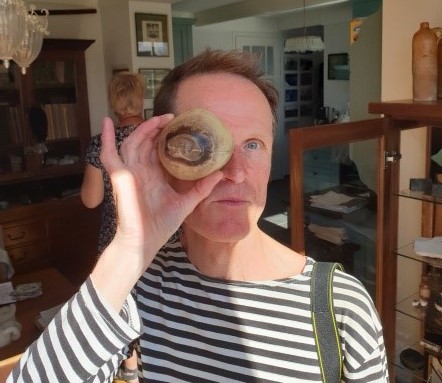 In this illustrated talk, based on his new book Albert & the Whale, Philip Hoare sets out to discover why Dürer’s art endures. He encounters medieval alchemists and traces the fate of the star-crossed leviathan that the artist pursued.  And as he swims through his story, prophetic artists and downed angels ask awkward questions. What’s real or make-believe? Does art have the power to save us? 500 years on, Dürer is still waiting for the answer.

Philip Hoare is Professor of Creative Writing at the University of Southampton.  He is       the author of nine works of non-fiction, including biographies of Stephen Tennant and Noël Coward, and the studies Wilde’s Last Stand and England’s Lost Eden.  Spike Island was chosen by W.G. Sebald as his book of the year for 2001.  In 2009 Leviathan, or the whale won the 2009 BBC Samuel Johnson Prize for non-fiction. It was followed in 2013 by The Sea Inside, and in 2017 by RISINGTIDEFALLINGSTAR.  His new book, Albert & the Whale, led the New York Times to call the author a ‘forceful weather system’ of his own.

Please book by 1pm on the day of the lecture.