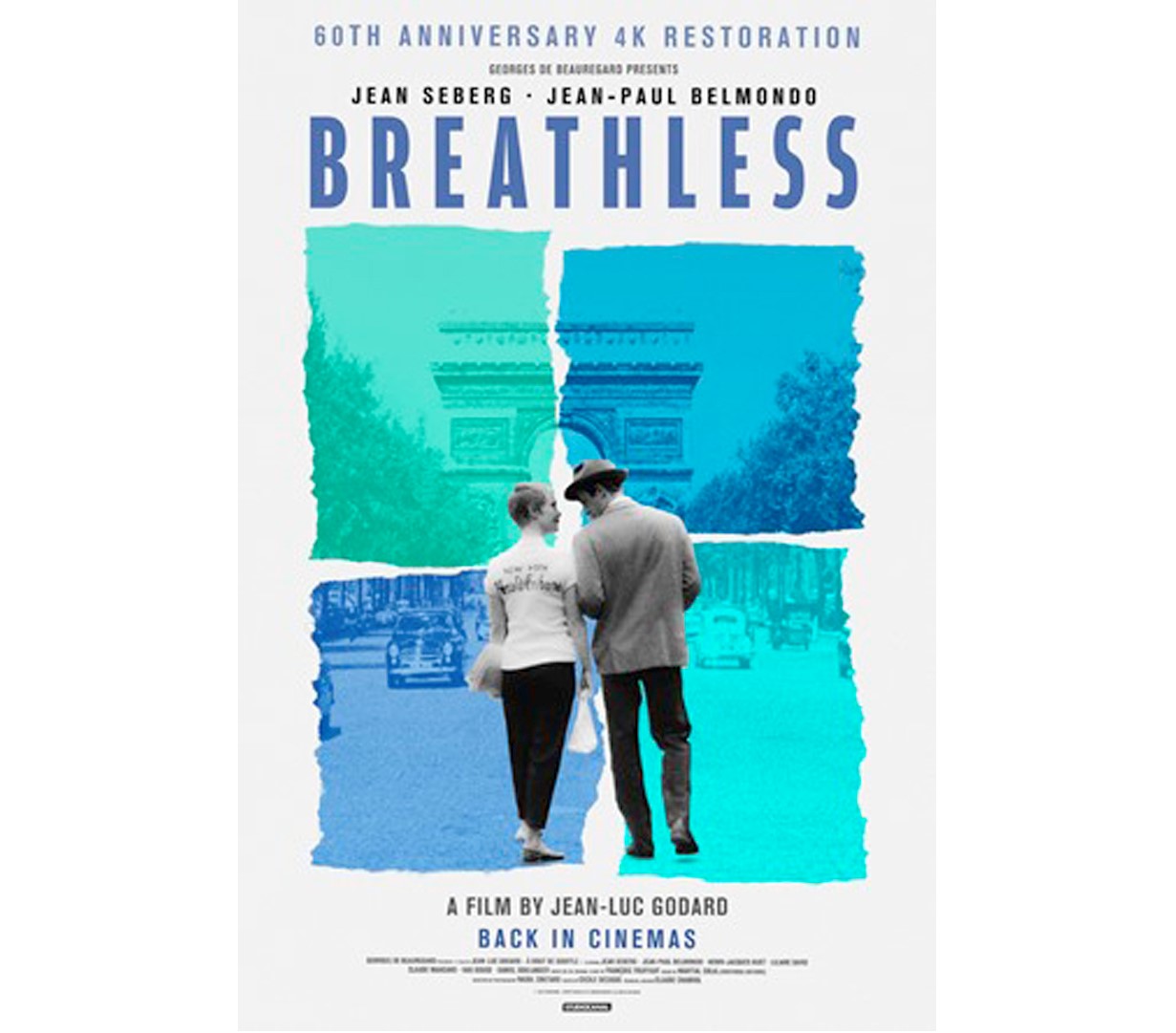 One of the most influential examples of ‘nouvelle vague’ cinema, and bringing international attention to French styles of film-making, A Bout de Souffle is widely regarded by critics and the public alike as among the best films ever made. Jean-Paul Belmondo stars in his break-through role as Michel, a charming villain whose life of hitherto petty crime takes a more sinister turn when he kills a policeman while driving a stolen car.  Penniless and with nowhere else to go, he hides out in the Paris apartment of a friend, an aspiring journalist, but when she learns that he is being investigated for murder, she begins to question her loyalties.

We continue to manage events in the Victoria Hall with visitors’ safety in mind. Our measures include online booking, requesting that visitors wear masks and providing distanced seating. Hand sanitiser is available in the foyer. For this event, audience capacity in the hall will be reduced to allow for space between members of the audience. Thank you for respecting our requests and others’ sensibilities.