HLSI is now closed until 2nd September, and the Library’s click-and-collect service will resume from Friday 4th.   You can browse the catalogue online (Click here).
‘Enter Library’/Enter in the search box EITHER the author’s name OR the book’s title OR a keyword e.g. Finland/Henry VIII/trains (not a combination).
For a more specific search try ‘Guided Search’ and enter the desired terms in the boxes for Title, Author and/or Keyword.

Until September, a holiday quiz in four parts:

Part 1: The Booker Prize
1. Who won the first ever Booker prize? Name the author, title and year.
2. Who was the first woman to win the Booker prize in 1970 and what was the title of her novel?
3.The prize was shared by two authors last year but this has happened on two other occasions. Name the years in question and the four authors.
4. What is the longest winning novel in the prizes’ history?
5. What is the Booker Dozen?
6. Who won the special Golden Booker celebrating fifty years of the award and for which work?

Part 2: Poetry
1. Name the two poets who edited The Rattle Bag poetry anthology in 1982.
2. Which character in Dylan Thomas’ Under Milk Wood sings of loving Tom, Dick and Harry?
3. Who composed a symphony based on W.H. Auden’s The Age of Anxiety?
4. Who dreamt about making a hot beverage for Kingsley Amis and what was the beverage?
5. Uccello’s painting Saint George and the Dragon (National Gallery) is the subject of which amusing poem by U.A. Fanthorpe?
6. In which two poems did John Betjeman refer to Highgate mansion flats? Name the poems and the flats.
7. Who wrote a tribute in verse to the jazz musician Sidney Bechet?
8. The play The Dark Earth and the Light Sky opened at the Almeida Theatre in 2012. Which poet’s life did it explore?
9. Whose 1938 Autumn Journal describes everyday life set against the background of Munich and events in Spain?10. Who has been broadcasting from his garden shed during lockdown?

Part 3: Theatre History
1. Peter Hall’s production of Hamlet launched the National Theatre on the South Bank in 1976. Who played the lead?
2. Which organisation occupied the Almeida Theatre building in 1833?
3. Name the oldest London theatre site still in use.
4. What year did the Open Air Theatre in Regents Park open?
5. What would you have found in the Donmar Warehouse in the 1870s?
6. “Don’t clap too loud – it’s a very old building”. Which play do these lines come from and who says them?

Answers
1. Albert Finney.
2. The Islington Literary and Scientific Society.
3. Theatre Royal, Drury Lane. (Shakespeare’s Globe is near the original site but not on it).
4. 1933.
5. Hops stored for a local brewery.
6. The Entertainer by John Osborne. Archie Rice.

Part 4: Pen names
Give the pen name and the actual name of the authors of
1. Bulldog Drummond
2. Gigi
3. A series of unfortunate events
4. A dark-adapted eye
5. The little grey men
6. Candide

The Library has some 25,000 books, constantly updated and covering a wide range, from crime fiction to history. In general stock reflects members’ interests and, indeed, those of earlier librarians: for example, at various times the Bloomsbury Group, gardening, embroidery, Imperial Russia and women travellers of the 19th century have clearly been much in demand. The original collection, as the first catalogue of 1839 shows, matched the lecture subjects chosen by the early members. It was much stronger in the burgeoning fields of science and engineering. Now fiction, biography and history predominate.

Our children’s corner holds many classics, often enjoyed by parents and grandparents, as well as new titles for the very young, for new and for confident readers, and for young adults. 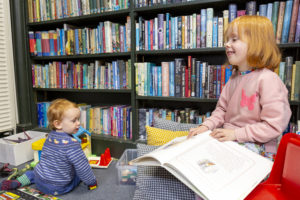 Many of our books are not available in other libraries, and the collection has often proved to be a useful resource for researchers and writers.

Members may borrow up to eight books at a time, and can request book renewals or reserve books in person, by telephone or by e-mailing the librarian at librarian@hlsi.net.

The Coleridge Room holds our special collections on London, Highgate, Coleridge and Betjeman.  This room may be used by members for study and research: please telephone us if you would like to check when it is available.

The London Collection covers all aspects of the capital: history, waterways, architecture, transport, guilds, its people and more.

Highgate itself is more comprehensively represented, and together with our Archives this collection offers an extremely useful resource for anyone interested in exploring the history of our area.

Both Coleridge and Betjeman lived locally, Betjeman in childhood and Coleridge in the last years of his life. These collections include works by and about both these poets. 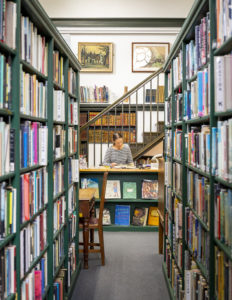